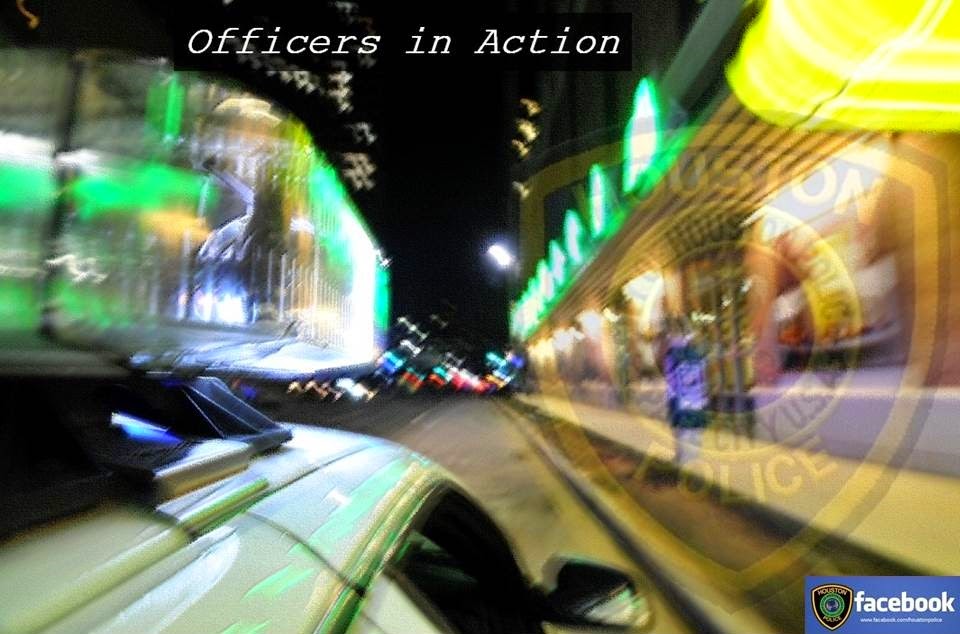 Recently, Officer M. Vollert and Officer B. Ng, both assigned to the South Central Patrol Division, were dispatched to a family disturbance call at 1500 Munger Street. A citizen stated that she had had issues in the past with the suspect, her son, and that he had assaulted his ex-girlfriend and damaged her phone. She further stated that she was concerned for their safety.

Officer Vollert was able to talk to the agitated suspect, who had locked himself inside the house, and tried to calm him down using a professional and respectful tone.

Officers S. Duron and A. Ripley arrived to assist with the call since Officer Duron was familiar with the location from prior calls to that address. Officer Vollert called a Harris County assistant district attorney who, based on the facts of the incident, accepted felony family violence charges against the suspect. Officer Vollert also discovered that the suspect had a theft warrant out of Harris County. Now the officers had to develop a plan of action for placing the suspect into custody.

All doors and windows to the residence were locked from the inside. Officer Vollert continued to develop a positive rapport with the suspect and was able to convince him to open the door for officers. The suspect was placed into custody without incident.

After making sure the suspect understood the charges, officers explained the procedures for family violence arrests to the victims and faxed a Magistrate’s Order of Emergency Protection to the Harris County District Attorney’s office.

Officer Vollert is to be commended for his outstanding dedication to duty and exemplary police work due to the face that he was able to verbally communicate and deescalate a very volatile situation. Due to the professionalism and diligence exhibited by all officers on the scene, a family violence felony suspect was arrested without incident and taken to jail.