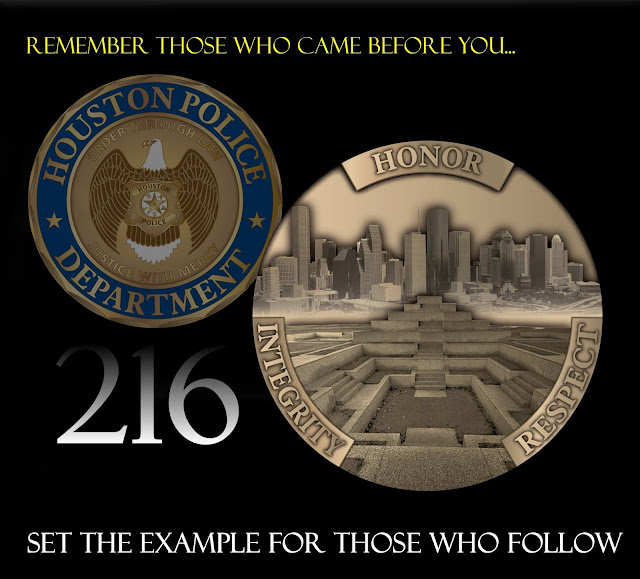 Cadets with Law Enforcement/Criminal Justice experience represent sixteen percent of the class and one cadet is a former Houston Police Intoxilyzer Operator.

Past experience has shown us that the majority of those with college experience have a focus in Criminal Justice related courses of study and Class 216 is no different. Nearly a third of the class had CJ degrees, but the class cannot be defined by this fact alone. The members of Class 216 have experience in many other fields that are not related to criminal justice. One cadet has been involved in Women’s Professional Football for the last ten years, while another has played in a Mexican baseball league. They come from jobs such as teachers, former law enforcement, welders, bankers, and retail sales. Once again, we have a television game show contestant in a cadet class. In the last class, it was Wheel of Fortune and Class 216 has the distinction of having a cadet who was on The Family Feud.

CONGRATULATIONS 2-1-6, stay strong and stay positive, six months will pass by before you know it.

Always remember, HONESTY, INTEGRITY and RESPECT.
at 6:57 AM