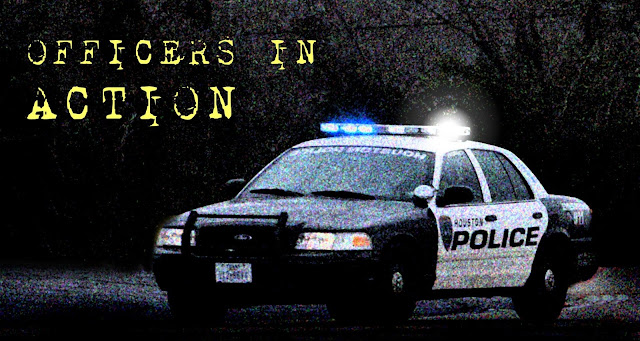 Responding backup officers Canales, Le, Rivera, Montalvo and Deroam quickly arrived to assist Officer Nguyen. Some of the officers believed that they saw the vehicle entering the apartment complex so the officers began to canvass the parking lot for the suspect and his car.

Officer Canales found the suspect's vehicle which was unoccupied deep inside the apartment complex. The suspect had abandoned his car and was still on the loose. While other officers attempted to find the suspect on foot, Officer Le, began to search the vehicle for clues. While Officer Le was searching the car he noticed the vehicle began to automatically lock by itself. Officer Le looked around and noticed the suspect hiding in a nearby bush using the car remote in an attempt to lock his vehicle. Officers Le notified other officers that he had spotted the suspect.

A long foot chase ensued and officers were able to apprehend the suspect without incident.

As it turns out the suspect was high on Phencyclidine (PCP) and did not want to get arrested because he was already on probation.

HPD would like to commend these officers for a job well done…and the suspect for attempting to lock his car...
at 7:20 AM