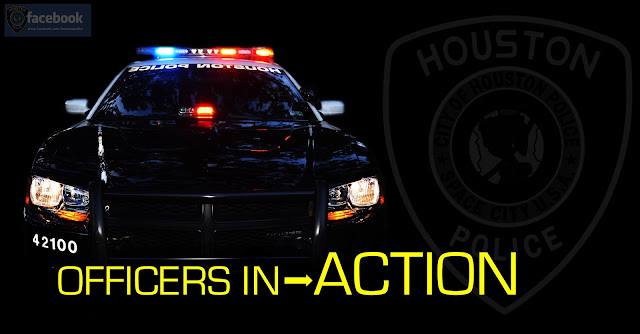 Recently, Eastside DGU officers were scouring the district looking for a certain black sedan with paper tags believed to have been used in several burglaries in the area. Officers A. Yanez and A. Gonzalez located a vehicle matching the description entering an area neighborhood. Officers Yanez and Gonzalez began following the vehicle while at the same time advising additional units of the situation.

Eventually they observed the vehicle back into a driveway in front of a resi
dence within the neighborhood. The driver got out and began knocking on the door of the residence and looking through the front windows. Officer Yanez coordinated the arriving units and began placing them in perimeter positions near the house in anticipation of the suspect making entry. They did not have to wait long as the suspect proceeded to kick in the front door of the house and entered. Units quickly and quietly descended on the home blocking the suspect’s vehicle in and covering the front and rear doors of the home. As the suspect came back to the front door he was met by patrol Officers A. Silva, and N. Blankinship-Reeves who ordered the suspect to the ground. Once on the ground he was quickly handcuffed and a loaded pistol was removed from his left front pocket. (This gun was later discovered to had been stolen from a home burglary three days prior.)

Officer Gonzalez shockingly discovered a three year old child inside the suspect’s vehicle which turned out to be the suspect’s child. The child was taken into custody without incident or harm coming to the child.

Numerous stolen items were also recovered from inside the vehicle which had been stolen from previous burglaries the suspect had committed throughout the day.

The officers mentioned above, along with officers R. Segura,
J. DeLosAngeles, V. Garcia and S. Duron showed how teamwork, determination and fortitude works. Each officer worked in unison doing their part, which resulted in a dangerous criminal being taken off the streets of Houston without incident.

HPD would like to commend these officers for a job well done.
at 9:31 AM