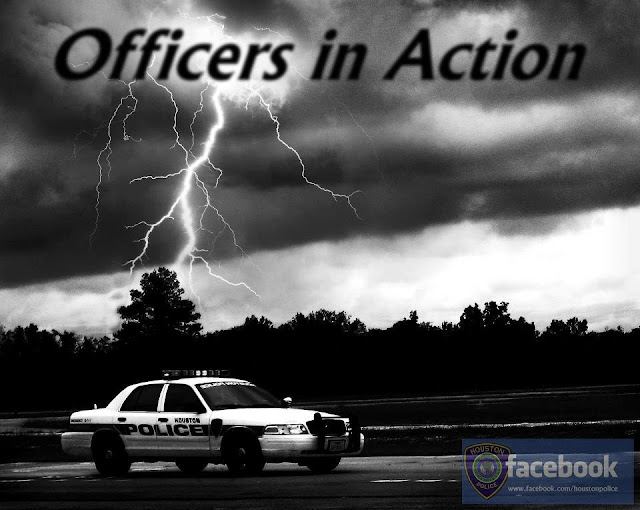 Recently, four suspects entered a money loan business wearing masks and armed with pistols. One of the suspects proceeded to point his pistol at the female employee (the only employee at the time) and told her to open the safe or he would kill her. The employee became shaken and extremely nervous and was unable to open the safe. This prompted the suspect to kick her in the chest and she ended up breaking her hand as she fell to the floor. Unable to gain entry into the safe, the suspects were able to obtain a small amount of cash out of the money drawer and fled the scene.

Officer E. Torres while on patrol was enroute to a disturbance call when he noticed the four suspects from the robbery fleeing from the business they had just robbed. They were wearing masks and carrying pistols. Officer Torres immediately jumped into action.


Officer Torres noticed that the suspect’s had run into an apartment complex next to the business. He immediately advised the dispatcher and called for backup. Officers A. Pizana, S. Peak, V. Rogers, D. Sudderth and E. Woodard quickly arrived at the scene, setting up a perimeter around the apartment complex. Two of the four suspects were immediately captured without incident. Officer Pizana then observed another suspect running through the breezeway of the complex and was able to track him down and place him under arrest as well. Officer Torres knew that one suspect remained and continued the search. Officer Torres finally observed the last suspect jumping a patio fence and entering into a vacant apartment. Officers Peak, Rogers, Sudderth and Woodard chased the suspect into the vacant apartment and captured him hiding in a closet.

Officers soon learned that each suspect they had arrested had previously been convicted of various felony crimes as well as aggravated robbery in the past. Also, it was discovered that these same suspects had just committed a robbery in adjacent Harris County’s jurisdiction.

Without Officer Torres’ vigilance as well as team work, good communication, and prompt actions of he and his fellow officers these violent suspects would have escaped and continued to victimize and rob the citizens of Houston. HPD would like to commend these officers for a job well done.