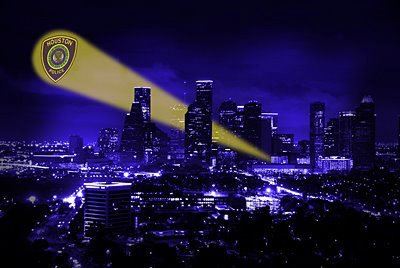 The Real Time Crime Center (RTCC) is a centralized technology center in which its primary purpose is to expediently capture and provide field officers/investigators with instant and comprehensive information to help identify suspects, crime patterns and prevent emerging crime.

Recently, a woman was walking alone through a parking lot, when a stranger pulled up next to her and offered her a ride. The woman accepted the ride because she was on foot and had some distance to travel. The unknown male willingly offered her a ride into a safer area, but it was not long afterwards that she began to notice that the stranger was travelling in a direction away from the main roadways. The woman had considered jumping out of the suspect’s vehicle, but the male locked her in and she could not open the door. Suddenly, the stranger pulled out a knife, and put the blade on her throat and threatened to kill her if she resisted or screamed for help. The suspect held the knife to her chest as he sexually assaulted her.The woman attempted to resist by grabbing the knife away from the suspect, but he pulled it out of her hands inflicting a knife wound. The suspect then abandoned the victim in a dark isolated area and fled the scene. It was at this time, that the victim made a mental note of the suspect’s vehicle and a possible plate number.

The victim made her way to an open business and urgently called the police for help. HPD officers immediately arrived on the scene and got her the medical care that she needed as they began a police investigation and a search for a sexual predator. The victim proved to be very helpful in the investigation and though she thought that she recorded the suspect’s plate number correctly, investigators determined that the plate was not correct. The investigation had now come to a halt pending any other leads from the victim or the report provided by the completion of the DNA analysis resulting from the sexual assault. However,the the victim did not relent on what she remembered about the plate number and insisted that she was at least positive about the last three characters of the plate number.

HPD investigators sought the assistance of the RTCC to help apprehend the rapist. This assignment was given to one of the RTCC’s top analyst, CIA Baker. He utilized numerous Real Time Crime Center (RTCC) databases in order to obtain any information associated with the suspect’s vehicle. CIA Baker began his research and was able to obtain name of the owner of the suspect’s vehicle and a possible home address. CIA Baker’s research involved searching through a national database of all vehicles that matched the description of the vehicle and adding the characters of the plate number that the victim provided to his inquiry. It was not long afterwards, that he narrowed his search to a few vehicles in the Houston area and to one vehicle in particular, which came back to an address just a couple of miles from the crime scene.

This information was immediately given to investigators, who used this information to track the dangerous suspect, within a short period of time he was arrested and brought into custody. The case was solved and charges were filed. HPD would like to commend CIA Baker and the HPD investigators involved for a job well done.

Because of CIA Baker’s experience and skill, this investigation was brought to an expeditious end and a sexual predator was removed from the streets of Houston.
at 7:04 AM