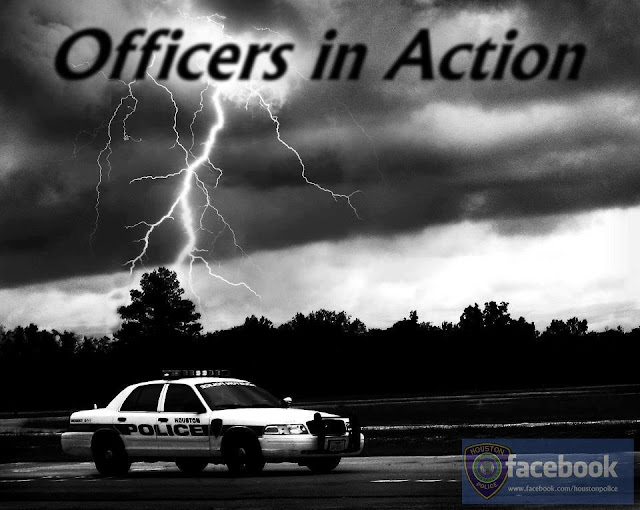 Recently, Officer S. Blevins responded to a suspicious person call and realized that the vehicle description given out over the radio matched that of a vehicle used in a string of recent robberies.

This instinctively led Officer Blevins to believe the “suspicious person” call may actually be the robbery suspects. Officer Blevins recalled that the suspects had struck repeatedly near ATM machines a
nd decided to drive by a nearby bank with an ATM machine while enroute to the original call.

His instincts were right.

Upon reaching the bank, Officer Blevins observed a suspect pinning a victim against an ATM attempting to rob him. Officer Blevins also observed the vehicle used in the multiple robberies parked at the location.

Officer Blevins jumped into action and was able to arrest the suspect without incident while possibly saving the victims life in the process. Officer Blevins immediately called for backup after making the initial arrest. Arriving backup officers were able to capture one additional suspect who was attempting to flee the scene.

The suspects which had been described by the victims as being “high” during the robberies were also found to be in possession of a substantial amount of narcotics.

Due to Officer Blevins actions these criminals were apprehended and over fifteen robberies were cleared, not counting those committed in two neighboring counties.

HPD would like to commend Officer Blevins and those who backed him up for a job well done. Because of his actions two very dangerous criminals were taken off the streets of Houston.