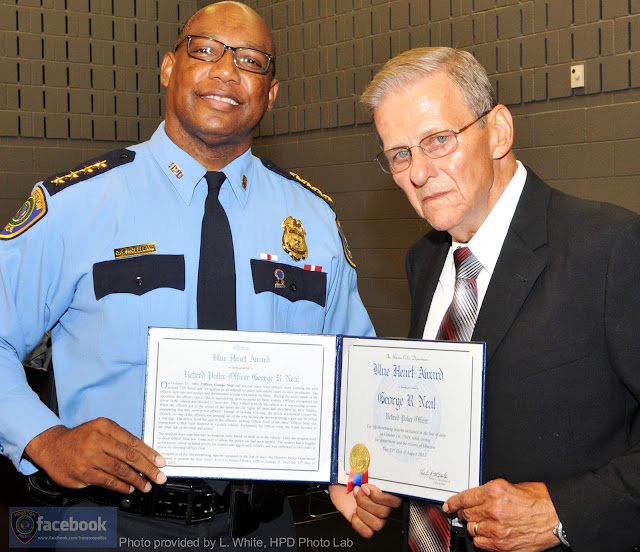 
On October 16, 1969, Officer George Neal and several other Vice officers were working the area around 75th Street and Navigation in an attempt to make solicitation cases on area prostitutes. The officers split into two groups and documented several solicitation incidents. During the arrest phase of the operation, the officers saw a vehicle approaching them occupied by three women. Officers recognized the driver as a wanted person and attempted to arrest her. They walked towards the vehicle as it was turning around. When the officers got to the center of the street the car lights hit them and they held up their badges announcing that they were police officers. Instead of slowing to a stop, the driver accelerated toward the officers. As one of the officers was jumping out of the way he saw the driver pointing a gun and he yelled a warning. The driver fired her gun at the officers, striking Officer Neal in the chest. Officer Neal was transported to Ben Taub Hospital in a police vehicle. Fortunately for Officer Neal, the bullet traveled to the opposite side of his chest and exited.
The suspect had a lengthy arrest record which included arrests for murder and aggravated robbery and was sentenced to two years in prison for shooting Officer Neal.

In recognition of the life threatening injuries sustained in the line of duty, the Houston Police Department is honored to present the Blue Heart Award to Retired Officer George R. Neal.
at 6:59 AM

Did I read that right, the suspect was sentenced to ONLY two years????

Yes two years is correct. Not sure why.