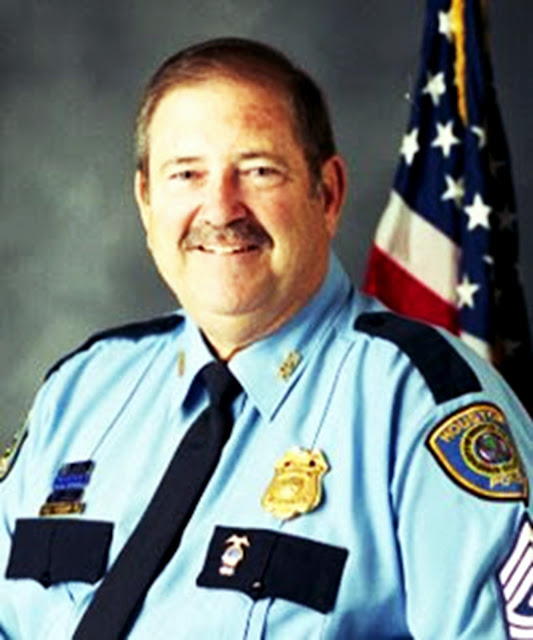 At 11 a.m. TODAY (Wednesday, July 25), various members of the Houston Police Department's Command Staff and the HPD Eastside Patrol Station will gather to honor a retired HPD officer for his many years of service to the Eastside community.

Retired HPD Sergeant Paul E. Ogden III will be recognized and his plaque unveiled and mounted on the Eastside Patrol Station "Wall of Honor," at 7525 Sherman. Sgt. Ogden retired on June 22nd after more than 36 years of distinguished service.
The Wall of Honor was built in 2008 after Officer Pedro "Pete" Jalomo retired in 2007, was diagnosed with cancer and passed away the following year. Officer Jalomo retired after 34 years of distinguished service, the last 30 of those years spent working patrol at the Eastside Division. A ceremony was held on January 22, 2009, as Officer Jalomo's plaque was placed on the Wall of Honor.

Sgt. Paul Ogden will be the second officer added to the Wall of Honor.
at 8:07 AM

Thank you for the 36 years of service sir. Enjoy your retirement.