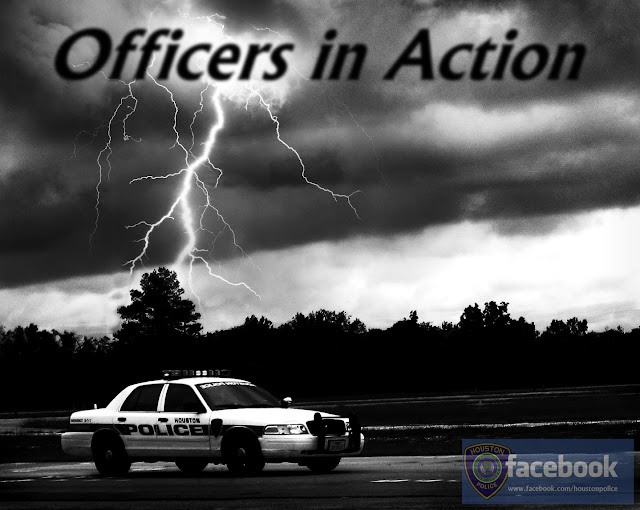 Recently, Officer J. Dodson was dispatched to an Aggravated Robbery in progress at a local store. Officer Dodson arrived at the location within minutes to discover two suspects armed with pistols in the process of committing a robbery. Officer Dodson immediately relayed the information, along with a description of both suspects to the dispatcher and to his back up who had yet to arrive.

As Officer Dodson exited his police car he heard the sound that every officer hopes to never hear; his hand held radio began to beep. The battery to his hand held radio had died. Before back up could arrive, the suspects ran out the back door of the business. As the suspects fled, Officer Dodson, disregarding the fact that he did not have communication abilities with dispatch or the other units, valiantly gave chase on foot.

Officer Dodson chased the armed suspects alone, and out of radio contact, for several hundred yards. The foot chase ended in a nearby parking lot where he was able to apprehend one of the armed suspects without further incident. The second suspect was soon captured as well, thanks to the description that was provided by Officer Dodson before he lost radio communication.

HPD would like to commend Officer Dodson for a job well done. Because of his quick response, dedication and bravery, two extremely dangerous criminals were captured and placed behind bars.
at 8:37 AM