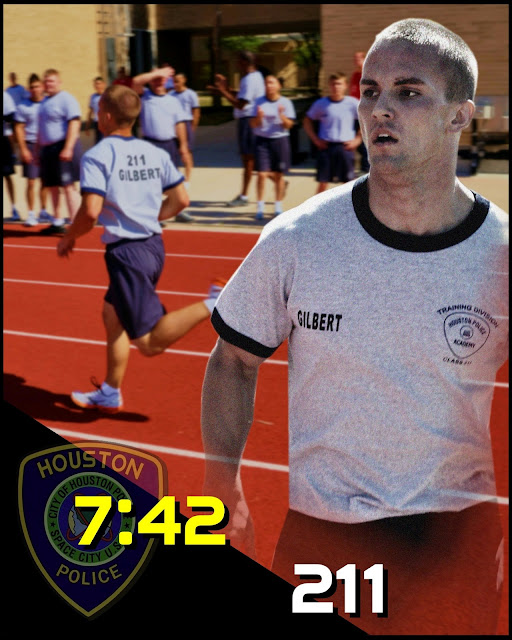 With over five months of intensive training both while at the police academy and at home during his own time, Cadet Gilbert “captures” his goal.

Cadet Gilbert shattered the record by 20 seconds by running the 1.5 mile run in 7:42.

I feel sorry for the crook who tries to run from this guy!

Wow, I can't even drive that fast!

You deserve it. You certainly trained for it!

It was amazing seeing ronnie beat the 1.5 mile record. He trained a lot for this while still studying for our test and dealing with issues as class president. Good job bro, you deserve it!

Doesn't suprise me. He has always been a hard worker!