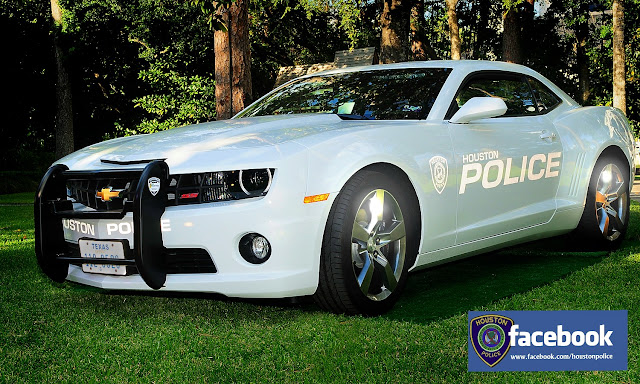 These new traffic enforcement vehicles will be outfitted to run radar, have low profile lights and ghost writing to allow them to blend in with regular traffic.  HPD will use them on and off freeways to enforce traffic violations.

“Ever since Mario came to Houston, he has certainly been a friend to law enforcement and is civic minded and wants to help his community,” said Chief McClelland.  “These five Camaros will increase the capabilities of the police department to address speeding, aggressive drivers and ensure the safety of the motoring public.  I can’t thank him enough for this generous donation.”

Williams was assisted by Knapp Chevrolet in obtaining the new 2011 police package Chevrolet Camaros for HPD.
at 7:44 AM

Hey, let patrol have one of those!