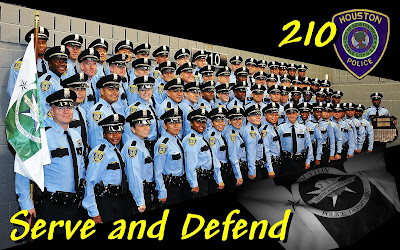 Sixty-five men and women of Cadet Class 210 will graduate from the HPD Academy.

The graduates just completed a rigorous 26-week training regimen and will be added to patrol stations throughout the city to help respond to citizens’ calls.
at 12:20 PM