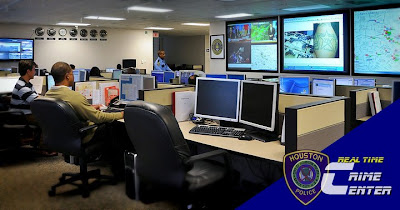 Criminal Intelligence Analyst (CIA) Gonzalez works within a specialized unit called the Real Time Crime Center (RTCC) for the Houston Police Department (HPD). Additionally, the RTCC is a centralized technology center in which its primary purpose is to expediently capture and provide field officers/investigators with instant and comprehensive information to help identify suspects, crime patterns and prevent emerging crime.

Recently, HPD officers were investigating an aggravated robbery that included multiple armed suspects. Specifically, the robbery occurred early one morning when multiple armed assailants approached two individual’s waiting for their bus. The assailants aggressively pointed their weapons at the victims’ and threatened to kill them unless they handed over all of their valuables and money. Before the assailants fled the scene, one of the suspects stole a cell phone belonging to one of the victims, which turned out to be a costly mistake on his part.

All relevant facts of the case were submitted to the RTCC for analytical research and CIA Gonzalez was assigned to the investigation. CIA Gonzalez methodically began to process the provided information for any possible leads. Utilizing her analytical skills to query the various databases within the RTCC, CIA Gonzalez was able to obtain a substantial amount of information such as, addresses and phone numbers that were linked to the possible assailants and associates in another state. Furthermore, after the suspects were detained for questioning it was further discovered that they were part of a gang that was involved in a crime spree, which crossed state lines. The information that the CIA Gonzalez provided the investigators was critical in the expedient apprehension of these violent assailants.
at 8:56 AM