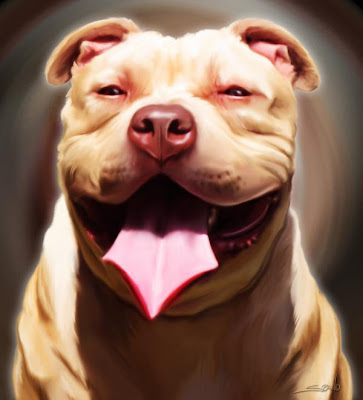 MORO, Ore. — An Oregon sheriff's deputy didn't need a drug dog to point out a stash during a recent traffic stop. The driver's dog did it for him.

KGW-TV reports Sherman County sheriff's Sgt. John Terrel was pulling over a pickup truck Feb. 9 when he saw a sock fly out the window. It turned out to be stuffed with marijuana and hashish.

The driver told Terrel he was trying to hide the sock, but his pit bull mix grabbed it and wouldn't let go, enjoying a tug-of-war game.

The dog won the tussle and tossed the sock out the window, and the 32-year-old driver was indicted on drug possession charges.
at 10:38 AM