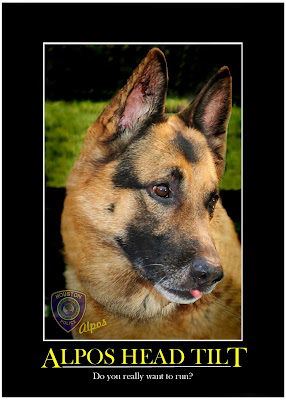 The traditional image of a police dog is one used to enforce public order by chasing and holding suspects, or detaining suspects by the threat of being released, either by direct apprehension or a method known as Bark and Hold.

Patrol is where you will truly cut your teeth on becoming a police officer. Patrol officers are the backbone of the department and are protecting the citizens of Houston 24-7.

Want to become friends with "Alpos?" Friend request him at www.facebook.com/alposhouston
at 1:12 PM