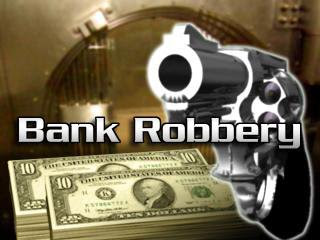 A couple of months ago, Midwest and Westside Divisions investigated a string of robberies where multiple suspects would perform “take-down” style robberies on various area banks. The robberies appeared to be increasing in frequency and the level of force used by the suspects increased as well. District officers were apprised of the crimes, suspect descriptions, and the potential dangers of a likely armed confrontation.

Then the inevitable occurred, another hold-up alarm dropped at an area bank. In anticipation, all available units and supervisors converged on the location. Officer D. Zoretic, arrived, verified a true alarm, and then broadcasted a description of suspect’s. Due to the direction of the suspects travel, Westside Division was advised and numerous officers responded in order to assist. Officer D. Villarin, who was responding to the directions, observed a vehicle possibly involved, and began to follow. Officer Villarin advised dispatch of the possible suspects and vehicle description and was able to maintain a visual. As Fox (HPD Helicopter) arrived on the scene, the suspects abruptly stopped and all four suspects fled on foot into a large apartment complex. Officer Villarin, assisted by Officer J. Falcon, apprehended the first suspect shortly thereafter. With the assistance of Fox, a perimeter was established by Midwest and Westside officers. Officers then discovered an apartment unit which appeared to have sustained forced entry and additional investigation suggested that hostages may be a concern. On their own initiative, a Tactical Operations team who was monitoring the channel promptly responded along with a K-9 unit. Shortly thereafter, two hostages were freed and two more suspects were taken into custody. A team of bank robbery investigators responded to the scene and assisted in apprehending the forth and final suspect. Due to the multiple and complex nature of the crime scenes, Officers C. Truhan, and L. Verbitskey, responded and processed the scenes for evidence of the crime spree.

As a result of these officers attention to duty, timely response, and cooperative efforts, four extremely dangerous serial robbery suspects were arrested and charged. The magnitude and variety of divisions working in unison, to bring this event to a safe and successful conclusion, is miraculous and worthy of commendation. It is with great pride that we commend these HPD employees for their efforts.

Wow! Talk about team work! I'm proud to know that we have such an incredible team of crime fighters keeping the bad guys in check in Houston. Thank you for all you do!