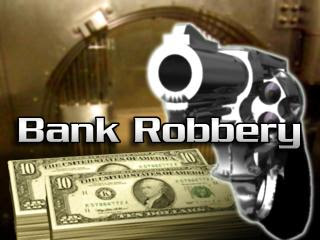 Officer Pete Sandoval while off duty and working security for Vista Bank was sitting in the lobby area when he noticed two suspects with guns wearing ski masks entering the bank. Officer Sandoval immediately drew his weapon and placed himself in grave danger to protect the lives of citizens and employees inside the bank as he began to directly engage the suspects.

During this hostile engagement Officer Sandoval sustained a head wound resulting from flying glass during the engagement and was bleeding profusely. The suspects attempted to flee from the bank to a waiting vehicle. Officer Sandoval did not know if he had been shot, but continued to aggressively pursue the suspects on foot through the parking lot.

Officer Sandoval was able to apprehended one suspect in the parking lot and held him on the ground until back-up could arrive. The second suspect stopped running and turned back towards Officer Sandoval. Another engagement ensued with this suspect. The suspect immediately retreated and jumped into a get-a-away car that a third suspect was driving.

These suspects fled the scene, however, after a thorough search; officers were able to locate the suspects’ (stolen) vehicle abandoned on a side street.

As a result of Officer P. Sandoval’s relentless determination and dedication, all three suspects have since been arrested and charged with aggravated bank robbery.

Officer Sandoval also has been accredited for clearing many other bank robberies in the area due to this arrest. If not for the heroic efforts of Officer Sandoval, these suspects may have eluded police and gotten away with this horrific crime. HPD would like to recognize and commend this officer for a job well done.
at 10:21 AM

Glad you were not injured too badly, You are a hero. thank you.

Fantastic. true hero. I want to wear the blue so badly!