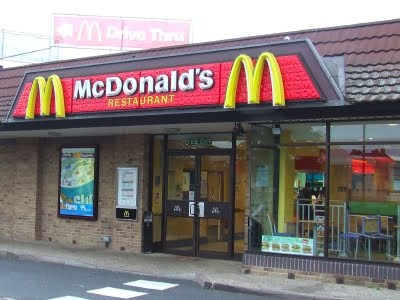 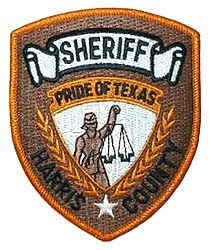 Last month Sergeant T. Schmidt conducted a routine traffic stop on a vehicle for a driving violation. Sgt Schmidt identified the driver and the passenger and found that they both had outstanding City Of Houston municipal traffic warrants. Sgt Schmidt placed both suspects under arrest.

Officer G. Clark and J. Zielonka checked by to transport the suspects to jail for Sgt. Schmidt. One of the suspects in custody asked Officer Clark to retrieve his money from the trunk of the car before it was towed. The suspect advised that his money was in a black bag in the trunk of the car. Officer Clark checked the bag and found a large roll of money along with a plastic bank deposit bag commonly used by retail stores. Inside this deposit bag was a deposit slip from a certain McDonald’s restaurant. Officer Zielonka contacted this McDonalds and found that the business had been robbed recently and had filed a report with the Harris County Sheriffs Office.

Officer Zielonka contacted the Harris County Sheriffs Office (HCSO) Robbery Division. After describing the traffic stop and the situation to HCSO, their robbery division asked that the suspects be detained while they investigate the new found information. Officer Zielonka received a call from HCSO later in the evening to update him on the status of the case. HCSO reported that three suspects armed with handguns entered the McDonalds and demanded money. One suspect jumped the counter and assaulted one of the employees before taking the nightly deposit bag. The suspects then fled the scene. The HCSO investigator, using the information from Officer Zielonka, showed the victim a photo spread where she positively identified one of the suspects from the original traffic stop as the same suspect who assaulted her during the robbery. This suspect was charged with Aggravated Robbery – Deadly Weapon.

Due to the officers’ attention to detail, inter-agency communication, and teamwork, the suspect was identified and charged in a case that had left investigators with few leads. These officers did an excellent job of working together and coordinating with outside law enforcement to get a dangerous criminal off the streets of Houston.
at 8:33 AM