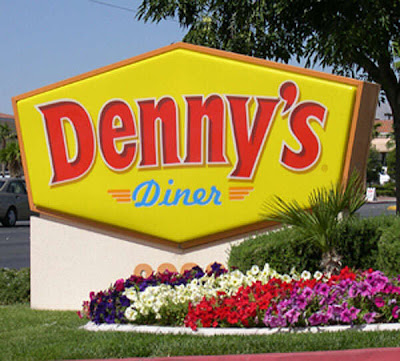 Sergeant J. Cruser, of the Northeast Division, noticed a certain Denny’s restaurant had been robbed on two separate occasions over a period of three days. Both of the robberies occurred between 2:00 a.m. and 3:00 a.m. in the morning. Recognizing that a possible pattern might be emerging, he informed his beat units to t...ry to be close to the Denny’s between 2:00 a.m. and 3:00 a.m. for the next few days in the event that another robbery occurred. Sure enough within a couple of days, at 3:23 a.m., an alert security guard sitting in his car at a nearby video store observed three people dressed in all black clothes walking through the parking lot of the Denny’s.

This call to the police set in motion a series of events that occurred so quickly that for the sequence to be understood time entries have to be listed in seconds.

When the first three suspects were taken into custody, Officer L. Ingle saw a vehicle sitting on the side of the road a short distance away behind the Denny’s restaurant. A careful observation of this vehicle found a fourth suspect sitting in it with the headlights off and the motor running. This suspect was also apprehended and later determined to be the getaway driver.

Once all of the suspects were found and detained, an investigation was started to determine what was actually going to have happened at the Denny’s that night.

While handling the suspects, numerous items of evidence were discovered. First, all four of the suspects were noted to be dressed in all black clothes and two of the suspects had gloves in their possession. Another suspect had a BB gun on him that had been modified to look like a real pistol. A third suspect was found to be in possession of a kitchen knife with a 9 ½ inch blade. Finally, several cans of pepper spray were recovered and the fourth suspect had a “Taser” type of stun device on her.

The following morning Senior Police Officer L. Roberts who is assigned to the Robbery Division received the case for investigation and interviewed the four suspects. A series of confessions and haphazard statements about what was going on that night concluded Officer Roberts’s investigation into this incident.

While at this time there appears no way to link these suspects to the other two robberies at the same Denny’s, all four of these suspects were subsequently charged by Officer Roberts with the felony offense of Conspiracy to Commit Aggravated Robbery.

What was to be a violent takeover style robbery of a Denny’s restaurant was stopped in ninety-seven seconds by the alert observations of a nearby security guard and more importantly, by the timely arrival of Officers A. Garcia and L. Ingle. Without this quick response, the four suspects in this incident would have easily gotten away and would never have been charged with a crime. Four repeat criminal offenders were taken off the streets of Houston by good police work.
at 7:50 AM