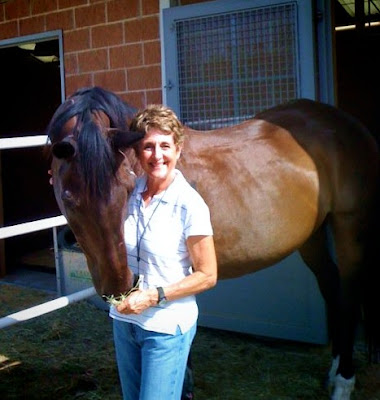 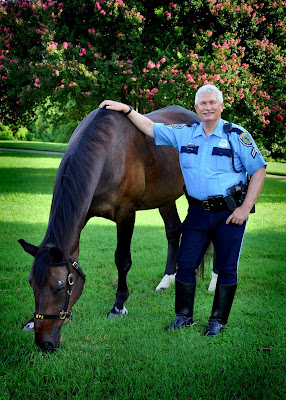 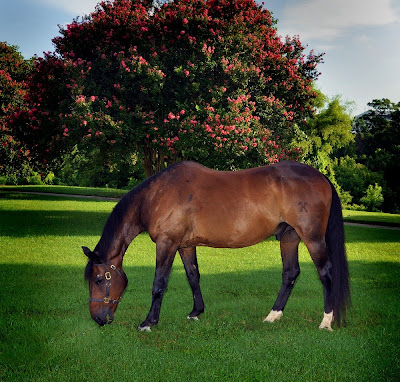 “Gray” was born April 4, 1989 in Neuenkirchen, Germany. He is a gelding, dark bay, branded Hanoverian; a great grandson of Grande, one of the foundation stallions of the Hanoverian breed in Germany.

He was trained and shown by a professional rider in Jumper competitions throughout Germany. Once he retired from jumping he was purchased by Ms. Felicia Bures. Gray arrived in Houston in the fall of 2000 to be her dressage horse. In 2001 Ms. Bures contacted HPD Mounted Patrol to see if Gray might be considered as a candidate for the program. Once it was discovered that Gray had the goods, he was given a job on the force that he loved, and a partner, Senior Officer Dennis Spradlin, that was devoted to him.

Gray also participated in hundreds of demonstrations and entertained thousands of people throughout his career.

Ms. Bures wanted HPD to know that she is beyond proud of the wonderful job Gray has done during his years of service and wanted to give a special thank you to HPD Mounted officers, Senior Officer Greg Sokoloski for his commitment to the program, and to Senior Officer Dennis Spradlin for his love and devotion to Gray.
at 7:00 AM