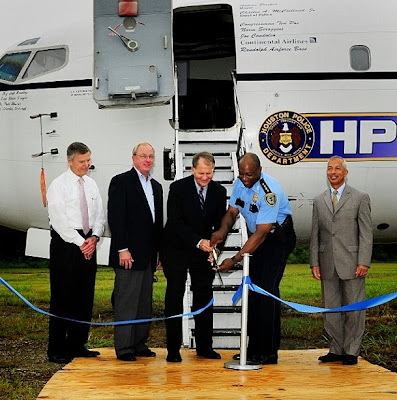 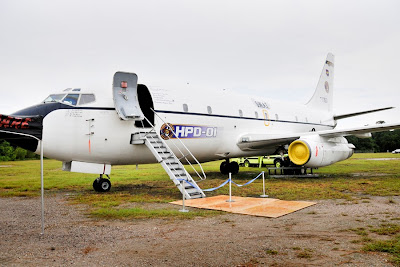 “Acquiring this plane gives our officers a realistic training tool in the on-going efforts to keep the citizens of Houston safe,” Chief McClelland said at a news conference near the site of the aircraft. “This plane can be used as a training platform by our SWAT, Special Response Group, Bomb Squad, and K-9 units,” he added.

Getting the plane re-routed to Houston from the ‘Boneyard’ in Arizona where it had been scheduled to be decommissioned and never used again, was largely thanks to the hard work of several HPD officers and the support of Rep. Ted Poe.

“The men and women that wear the badge are a cut above the rest,” said Congressman Poe. “When I was elected to Congress, I continued my long-time support for law enforcement and made advocating for them a top priority. This project is a perfect example of all levels of government working together to make sure that our local law enforcement community has the equipment they need to keep the rest of us safe. I commend the Houston Police Department for the selfless service they perform each and every day.”

The acquisition of this aircraft is an integral part of a larger vision for HPD’s training facility, said HPD Assistant Chief Vicki King, Tactical Support Command. “It is our desire to expand our training platforms to provide officers with a variety of sites and situations where they can train. We want to prepare our officers for as many different situations as practical,” she added.

The aircraft will also be available to several regional law enforcement agencies for training, depending upon the agency’s responsibilities.

The decommissioned aircraft was obtained from the Department of Defense (DOD) through the efforts of Rep. Poe as part of the Texas 1033 Surplus Property Program. Once used to train navigators at Randolph Air Force Base in San Antonio, the plane had been scheduled to be mothballed after 37 years of military service.

HPD is the first law enforcement agency in the United States to be granted a decommissioned, fully functional aircraft from the DOD.
at 1:03 PM