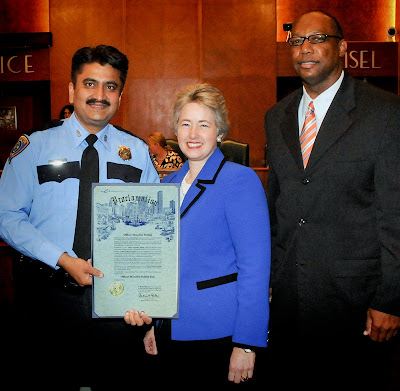 Officer Siddiqi began his law enforcement career with the Karachi Police in Pakistan hunting terrorists and protecting VIPS. He joined the Houston Police Department in 1997.

Officer Siddiqi received the award for his outstanding dedication to public safety and community service.

Congratulations and thanks for making us proud!
at 7:00 AM

Awesome! From terrorist hunting to Houston Police, this guys hardcore!