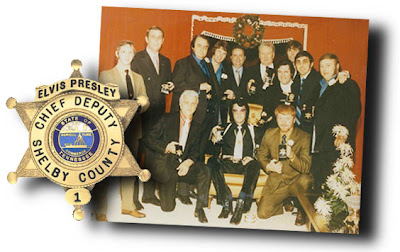 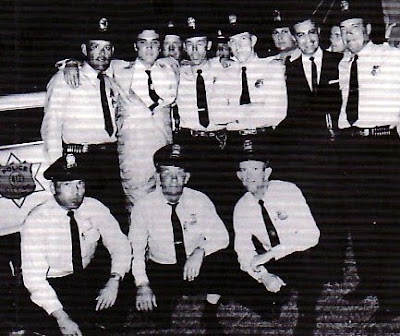 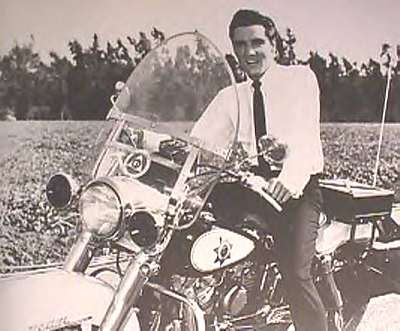 Elvis liked to hang out with policemen, collected police badges wherever he traveled, and enjoyed being made an honorary policeman in any city where he performed.
Elvis enjoyed hanging around cops; Elvis, it seems, actually thought of himself as a police officer. Several times, the singer even rode along with police officers as they made their rounds.
Elvis didn’t want to be a chief or a sheriff; he wanted to be a policeman, and thus identified himself with the patrolmen on the force."
Retired Memphis Police Department Captain Robert Ferguson stated that "Elvis was a down-to-earth person in our presence — a man who just happened to be famous." "He actually appeared to be in awe of us, rather than the other way around. It was a special time that none of us will ever forget.”
On January 8, 1935, Elvis Aaron Presley was born to Vernon Elvis and Gladys Love Presley in Tupelo, Mississippi. It was just a half hour before his identical twin, Jesse Garon Presley, was delivered stillborn, and Elvis, an only child, was the apple of his parents' eye. They were a poor family, and it was church where Presley found his first musical inspirations.

What does this have to do with recruiting? There is a certain honor about being a police officer. You gain a certain respect from all kinds of people (such as Elvis Presley) who do not choose this profession as their career. The fact that you are willing to go out in the community and make a difference, while risking your life, is something not everyone can do. A career you can be proud of. A career where as an individual or a group, you CAN make a difference.
at 7:57 AM

I experienced the same thing in the music-based city where I worked.

Good post--I did not know that about Elvis.

For me, this makes a good and positive statement. Thanks once again, Officer McCoy!!

I love this blog.

Great write up Officer McCoy! You always keep our attention. Also, it was good meeting the other day. Thanks again for your help.