Has it been two years already? 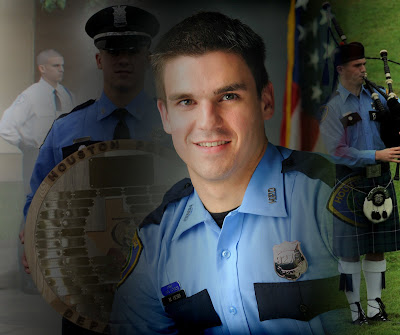 The following post was written by Officer Michael Herb, President of Academy Class 196.

December 10th, 2007: my first day in the academy. It is hard to believe but two years have flown by since that day. It has been a great two years with HPD. Not a day goes by that I second guess my decision to join the Houston Police Department. As many of you dedicated readers know, I spent my first year going through training (6 months in the academy and 6 months training on patrol). During my second year I have been on night shift patrol at Central Station. I enjoyed my time on patrol but about a month ago saw an opportunity for a different position and went for it. In October of this year, I transferred to the Traffic Enforcement Division, DWI Task Force.

On a lighter note, I have found other fun activities to do with the department. This past fall, my brothers and sisters in blue won the HPD softball championship for Central Station. Our softball league included teams from many other patrol stations from around the city. This past year, I also joined the HPD Honor Guard. The Honor Guard goes to functions all over the city to represent HPD at different events. We present the flags at special events, march in parades, and also attend all HPD officers (current and retired) funerals. As a bagpiper, I have been called on numerous times to help honor our fallen brothers and sisters.

Finally, I have also joined the HPD bike relay team. This June, we will be riding from Houston, Texas to Denver, Colorado to benefit the Leukemia and Lymphoma Society. I have decided to dedicate my ride to an 8 year old girl from my home state of New York who is currently undergoing the fight of her life. You can visit the team’s website at www.hpdrelay.com or visit my personal page at http://txg.lls.llsevent.org/pledge/index.cfm?mid=MHERB

Help us knock out these blood cancers! All the money raised will be going to the Leukemia and Lymphoma Society.

For past updates on Officer Herb's career with HPD please visit past blog posts at the following links:

Wow, where does time go. I know Officer Herb and I must say he is a fantastic officer. Very dedicated man. Great job Mike!

As a wanna be cop, your story and this blog have inspired me so much I can hardly stand it. I can not wait until I turn 21. HPD is the best!

Very inspiring story. I am getting closer to serving with yall every day (I hope) :)