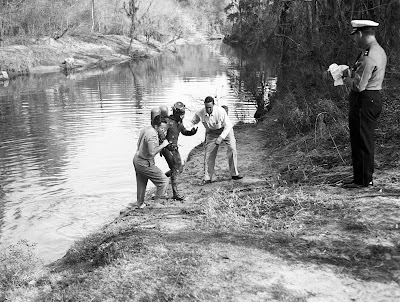 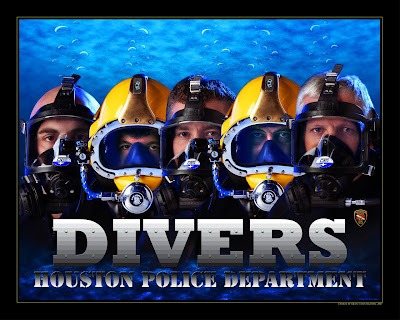 The Dive Team is responsible for responding to water-related scenes encountered by the department. The primary responsibility of this team is processing underwater crime scenes by searching for and recovering evidence, vehicles and bodies. The team also performs underwater searches of ships in the Houston Ship Channel and assists in narcotics trafficking investigations as well as conducting in-water security sweeps of dock areas. The team is capable of conducting searches for explosive devices attached to ships and other underwater structures. They also work in conjunction with the Bomb Squad to process major events. Support is also provided by the team to the SWAT Detail for waterborne operations such as tactical ship boarding and water-to-land operations.

The team maintains a full commercial diving capability for entering contaminated water sites, and can conduct sonar scans to produce visual documentation of underwater scenes for evidential purposes. During floods, the team is deployed in boats to assist with evacuations, and all divers are fully trained to respond with the Helicopter Division to conduct aerial rescues utilizing the rescue harnesses.

The Dive Team is currently the response team for the Port of Houston tasked with conducting searches of commercial ships for explosive devices and underwater contraband. In addition, the team is currently providing technical support for the Houston Police Environmental Unit by assisting in site surveys and underwater sonar imaging for illegal discharge points.
at 5:29 PM

I want to be on the Dive Team!