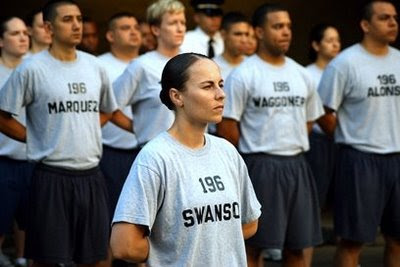 I received an email from a former police cadet out of Academy Class 196. Anna Swanson sent me an email regarding a call for service she had been on and wanted to share it with me. After reading it, I thought I would share the email with you.

I was dispatched to a sexual assault call where the suspect had broken into an apartment and waited for the victim to fall asleep. Once we arrived at the scene, we were able to do the initial investigation report, collect evidence, file and run the warrant on the crook all within 8 hours. I know that this is not the norm, however the gratefulness of the victim was endearing. Her assailant was in jail before she even got out of the hospital. She felt safe to go home and get some badly needed rest. Although I felt so badly for the victim that she was assaulted and hurt, knowing that I was able to catch this crook so quickly made me love my job even more. Having the ability to put someones mind and heart at ease so they can feel safe is a feeling beyond explanation.

Making a difference after such a horrible incident brought her a feeling of peace and security.

In my humble opinion, it is by far the best career in the world. We are like watchmen for a city, warning and fighting the oncoming danger. We help keep our citizens secure and safe. It is truly a wonderful and rewarding career in which I have chosen. I encourage everyone who wants to make a difference to follow in my footsteps.

For previous posts about Officer Swanson click on the following links: