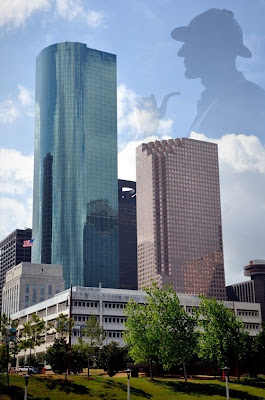 A two year pilot program called Investigative First Responder, IFR for short, is now its own division within the Houston Police Department. In December 2008, Captain Milton "Wyatt" Martin became the first commander of the Investigative First Responder (IFR) Division. IFR is a hybrid of patrol work and investigative work. The Division now has 68 officers spread across the city who follow up on leads in a various array of crimes such as robberies, assaults, burglaries, and thefts. It is an exciting job that allows the uniformed officer to not only "respond to the call" but to take the information and "run" with it. IFR Officers perform a variety of investigative tasks that have traditionally been restricted to officers assigned to the Homicide, Robbery and Burglary & Theft Divisions. They take statements, show photo spreads, obtain charges, and track down wanted suspects. The assignment is perfect for the officer who likes to be in uniform serving the public but also likes the investigative aspect of police work. The officers assigned to the IFR Division range from the 2 year officer to the 27 year veteran, all of whom work towards the goal of keeping Houston a safe city.
at 7:00 AM

Very cool! I want to do that.

I like that picture. I will email you for a copy in a larger format. Nice post. Thanks for showcasing the IFR today. Great blog!

That is perfect. Best of both worlds! Cool!

I am part of IFR and I absolutely love it!

I am a proud member of this division. I gained a new respect for what investigators do.

IFR means you do a lot of work but the reward of taking a case and working it to its conclusion makes it all worthwhile.

This is one of the best programs to come out of HPD.