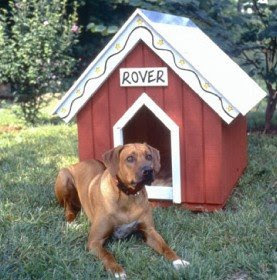 Chasing a burglary suspect through backyards of a suburban neighborhood has its challenges. You have fences to jump, swimming pools to go around and the most challenging, dogs to deal with.

As the suspect jumped fences keeping a steady lead during the foot chase I have to admit that I was losing my breath. I was young and fit, but it was a long foot chase. How is it that I am a trained professional, in great shape, right out of the academy and I was unable to catch the burglar? Did he go to some sort of Burglar’s Academy? Was he taught to avoid capture just as I was trained to capture? Maybe his will to get away and avoid being put in jail outweighed all my training. Was it adrenaline perhaps? Probably not, I had plenty of that also. He may have been my equal in the “fit” department, but not so sure about the “smarts” department. I do not profess to be the smartest person around, but I know enough not to become a crook. I digress.

Fence after fence I kept up. Finally after jumping the final fence in the neighborhood, I lost sight of the burglar. Where had he gone? I noticed a large doghouse in the corner of the yard. Had he been eaten by a large animal we call “man’s best friend?” Was I next? Either way, I was not going to take a chance. I slowed down to a crawl as to not disturb the sleeping beast within. I was still in a hurry; after all I did not want to waste a good foot chase for nothing. Just as I was about to jump the fence without disturbing the dog, I heard a loud growl come from the doghouse. This could be bad. I was about to continue my pursuit, and most importantly get away from the mean pup, but something did not sound right. The dog was either very sick or was some sort of pet that was “not dog.” I had to look. I peered inside and noticed a blanket was definitely covering something big.

Remember how I talked about “smarts” earlier in my story? This crook did not have it. Do I really have to tell you what was in the doghouse? If you are reading this blog, then you are interested in becoming a police officer, that means you already have the “smarts” and you know that crooks may be “fit”, but are just not “smart.”

Check out this link for another true story: http://hpdcareer.blogspot.com/2008/07/crooks-can-be-funny.html

Great story. If the crook had a better sounding growl if may have got away. Keep up the good work. I look forward to each and every post.

You are probably right. At first, I must admit he sounded sort of like a dog. I guess instinct took over. I am glad I was able to catch him or this story would not have worked. LOL

I have you to thank Vuong. When I was speaking with you, it reminded me of this funny story. Thanks for the visit and the blog support!

Sir, your blog is what influenced me to join HPD. The connection is what grabbed me. I have never seen such a thing. Keep up the good work and look forward to being a police officer one day with HPD.

Thanks for the compliment. I appreciate your comment and I hope to see you soon as my brother or sister in blue. Email me if you have further questions during your application process.

I have a questions regarding the Academy. I recently applied to HPD but forgot to ask, What are the hours that recruits attend the academy? Thank you KEEP UP THE GOOD WORK!

A typical day for a cadet starts at 6:30 am and ends at
around 4:00pm. Thanks for the compliment.

is there still room in the may class or june class??

We are still taking applications for both classes.