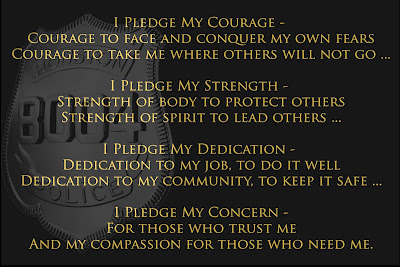 HPD typically accepts no more than 70 recruits in each cadet class, but with a public safety priority of putting more officers on the streets as soon as possible, training supervisors accepted the overflow of qualified applicants to the new cadet class.

“With the Mayor and City Council’s support to allow us an advertising budget, we are able to reach more people than ever before,” said Chief Hurtt. “In addition, we are offering a $12,000 incentive to join the HPD and believe that incentive in these tough economic times is attractive to many seeking a promising and fulfilling career.”

Chief Hurtt also credited a mentoring program within the police department in which current officers refer and mentor cadets as they enter and graduate from the 26-week rigorous academy training.

We still have plenty of room and many more academy classes. Apply at www.hpdcareer.com and start the process today. No test upfront. Simply apply online and if you meet the criteria, you are in the next class.
Time to run off all that turkey and dressing!
at 3:43 PM

Congratulations 203. Good luck. Don't worry six months fly by when your having fun. It's even more fun after you graduate!

It was just amazing to see the very long line of incoming cadets stretch from the back gym door to the front of the academic bldg door during rollcall. What a monster class!

Good Luck Class 203. Remember, you give them six months of your life, they'll give you your dream job.

I would encourage everyone to read Officer McCoy's Blog every day. I am an applicant in the process and he and Officer Nelson have been a big help to me. The Blog is a great way to get information and keep up to date on what is going on. Officer McCoy really cares about this job and this department. He and Officer Nelson work day and night to get things done. We all owe them a giant thank-you and an even bigger adda-boy.

Thank you Mr. Peterson. Everyone up in Recruiting works very hard to make sure all our applicant's are taken care of. This really is a very rewarding career and I just want everyone to know.

I think this blog is extremely helpful and I am hooked! I read it everyday! I am just beginning the process and I am so excited ! Thank you!

To my two former METRO brothers in blue. You are the creme of the crop. I would wish you luck but you don't need it, you have experiance, determination and drive. You both will go far in your new department. METRO's lost is the city's gain. Shine bright! BE SAFE.