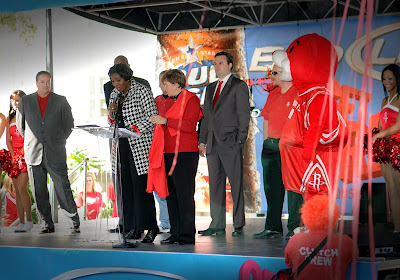 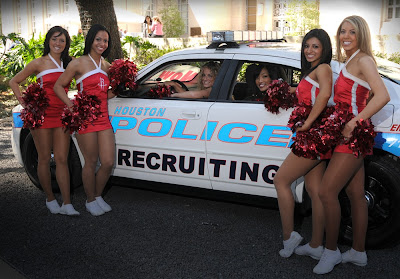 The Rockets Power Dancers all signed up to become Houston Police Officers... 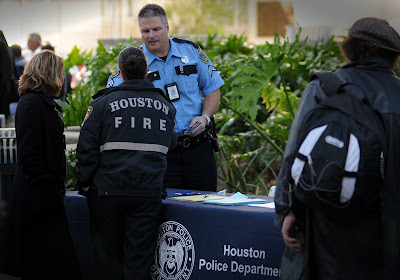 We take Houston Fire Fighters! (a hero is a hero) 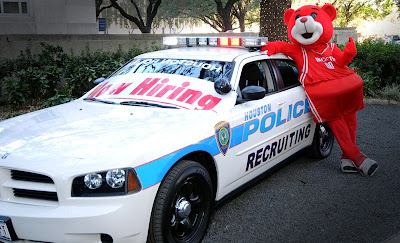 Clutch really wanted to join, but his head was too big to fit inside the police car. 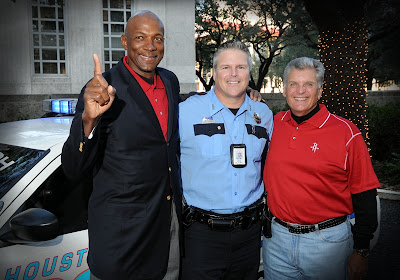 "Clyde the Glide" Drexler and Bill Worrell thought that HPD was "Number One"; of course he thought the Rockets were "Number One" also...
The Houston Rockets hosted a Get Red Rally on the steps of City Hall on Tuesday, October 28, 2008. At the rally, a proclamation from Mayor Bill White was made encouraging fans all over the Houston area to wear red today, October 29 in support of the Houston Rockets season opener against the Memphis Grizzlies. HPD Recruiting was there and enjoyed meeting everyone who attended. Go Rockets!
I wonder what Yao and Tracy are doing when they retire from basketball? I bet they would look good in a blue uniform.
at 5:14 PM

I love the blog. I love the Rockets. I love HPD. Go Team!

Clyde is the best!