Crooks Can Be Funny 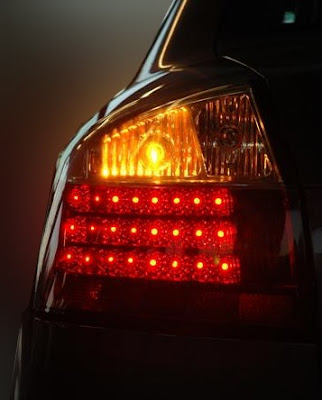 Crooks are funny people. I mean that literally. I don’t know if they mean to be funny, they just always seem to do something to amuse you. I remember one time on patrol I got into a car chase that had every seat in the car full of home burglars.

We were not going that fast. Up and down the streets we went. The driver did not seem like he was trying to get away and it was easy keeping up with him. We were averaging speeds somewhere between a snails pace and a turtle on Red Bull. Odd chase.

I put the chase out on the radio and my backup arrived immediately. When backup approached he almost rear ended me because of the tremendously slow speed I was traveling. The officer that was backing me up promptly told me to pass the car in front of me so we could catch the crooks who were running. After I told him that the car in front of me was the crook, he asked if he could get me a cup of coffee for the chase. Did I mention we were going slow?

The chase lasted for about twenty minutes before something exciting happened. The crook decided to use his blinker to fool me. (This is totally a true story.) As we approached intersections the crook driving the car would put on his blinker as to which direction he was going to turn. Right blinker, right turn, right? Wrong, the crook turned left! Oh my gosh. OK, he fooled me once, but at the break neck speed we were going I was able to adjust my turn and keep up. (Sarcasm folks!) Did I mention that crooks are funny? This became more humorous as the chase continued. Every single intersection the crook would signal one direction and turn the other. I was really fooled one time when he would signal a direction and go straight instead...

After awhile the crook realized he was not fooling anyone and the hamsters powering his two front wheels of his car were getting hungry, so he stopped and gave up. Of course the other crooks (passengers) in the car assured me that they did not do anything wrong. They assumed they were just on a Sunday drive to the park. Crooks are funny.
at 7:22 AM

The HPD blog is awesome. I can not wait to become a police officer. I live in Ohio, but I really want to move down there and become a HPD officer. I read this log almost everyday and I look forward to the stories and videos. Really funny today! Can I use the "turtle on red bull" line ?

Funny stuff. I need to ask you something about college credit. I will email you. Great story! I met you in Ft. Collins. I am in the Georgetown Explorers.

Love the insight. Makes you guys more personal and real. Thanks for the blog.

Can you tell me when the last academy of the year will be held? Also, in what month will first academy of 09' start?

Believe it or not.... I had a very similar story.... Slow speed, using his blinkers... After fox was overhead, HCSO were also on my chase, shotguns pointing at his direction.... My driver ended up being 85 years old who was looking for a safe place to pull over.... He gets out with the help of his cain.... They teased me for days... But how was I supposed to know.... I work Northeast and you never know who is behind the wheel.